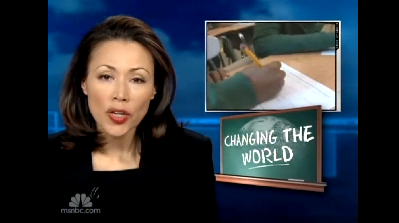 In November 2017 Global Leaders' students did an IPW project advocating for change that would end gun violence in schools.  Months later more are dead.  SGL students wrote to governmental officials then and they shared them again.  We will never stop caring and calling for change.  #Enough  #NationalSchoolWalkout

Chalkbeat covered the story of students across the nation in solidarity.  Global Leaders' received an honorable mention.  Click HERE or the picture below to read the story.